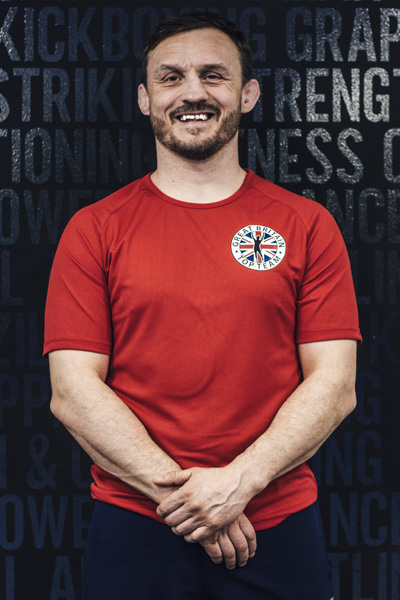 Brad Pickett is an influential figure and pioneer of British MMA fighting, competing in the sport for over a decade now. Better known as “One Punch”, Brad is a Cage Rage British Featherweight Champion who is well recognised for his fast strikes and unanticipated take-downs.

Brad started his journey when he decided to take up a second sport to football, he settled on boxing as this would help build upper body strength. His natural flare for the sport was quickly noticed and he joined Wellingborough ABC soon after. 3 months later he was offered his first fight, which he won with a first round K.O.

Pickett went on to pursue a successful amateur career of 11-1, winning 7 fights by K.O. He went on to train with Peacock Gym in Canning Town where he gained critical training experience but decided that training was not enough, as he was starting to lose the hunger for fighting he once had. At this point a friend introduced Brad to the world of MMA. In his first fight Brad was defeated by a 16 year old. This reignited the competitive flare that Pickett once had, spurring him on to compete in the MMA sport.

Pickett made his UFC debut in 2011, where he received post-fight bonus awards 4 times in his first 5 UFC outings due to his remarkable fighting style. Dana White (current president of UFC) also notably mentioned that Pickett is one of his firm favourite fighters to watch. Brad has competed in World Extreme Cagefighting, Ultimate Fighting Championship, BodogFIGHT, and at the Dynamite!! USA event.

Pickett’s nickname “One Punch” is not in fact inspired by his fighting style but instead serves as a reference to Brad Pitt’s character in Snatch who distinctively wears a trilby hat. Pickett’s signature trilby hat also pays tribute to his grandfather who competed as a bare knuckle fighter during the 1920s. Pickett uses impressive grappling techniques (he has a Peruvian necktie sub on his record) which have been key to his successful MMA career and also holds “One Punch” knockout to his name.

The 14 debut UFC veteran also has many years of coaching experience and is now the Head Trainer and a Director of Great Britain Top Team. 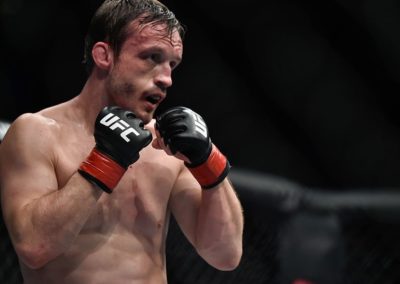 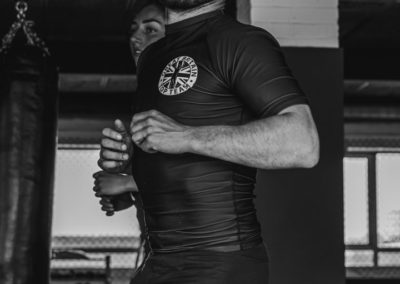 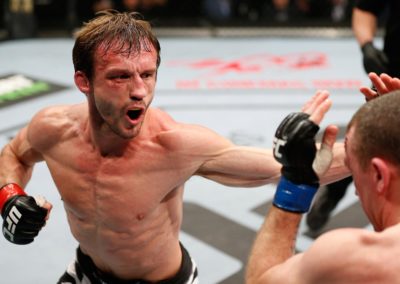 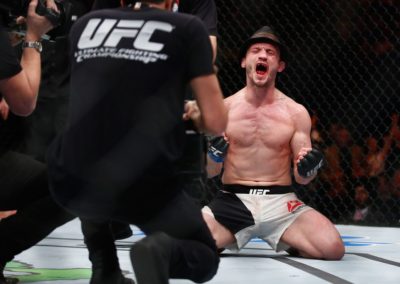 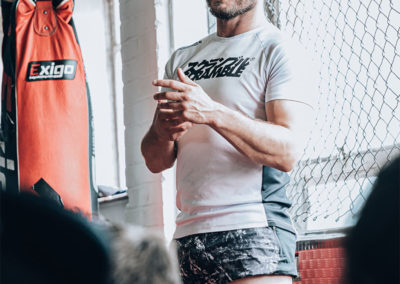 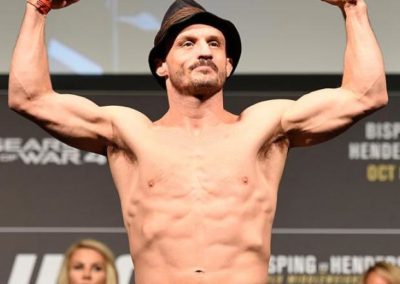 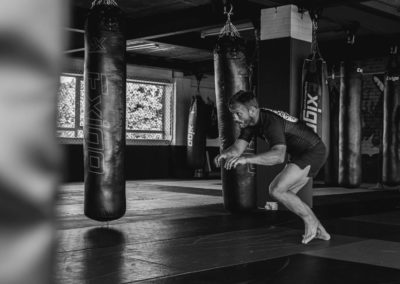 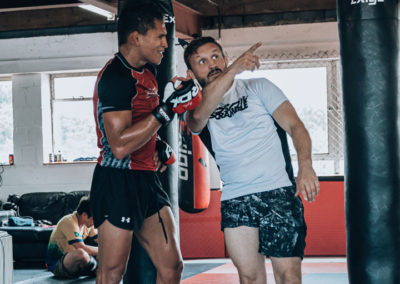 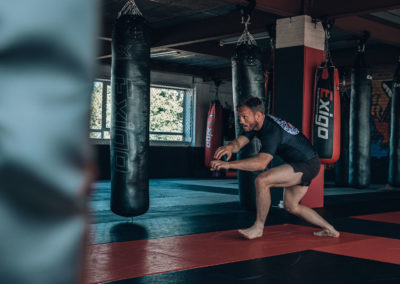 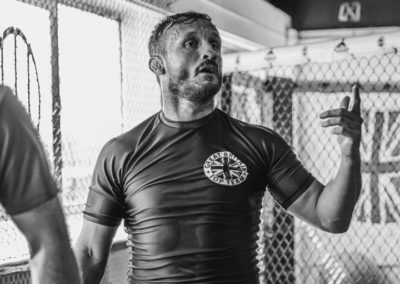 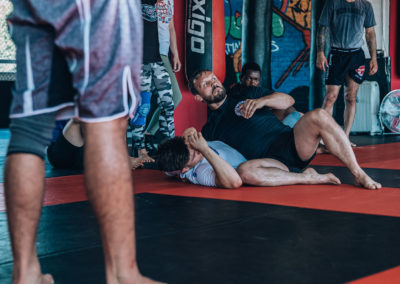 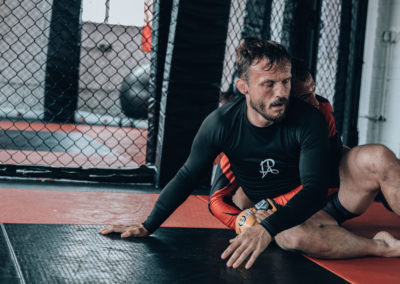 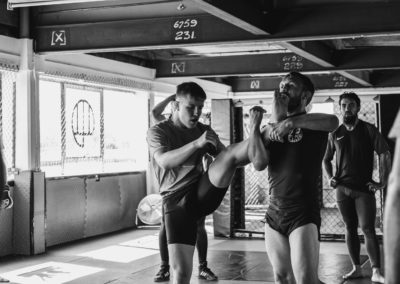 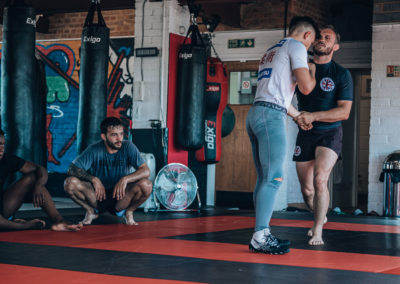 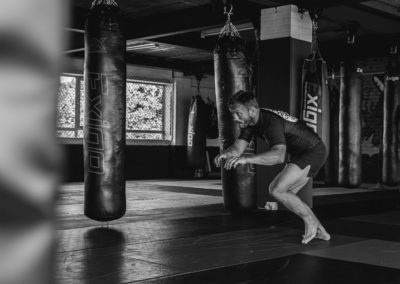 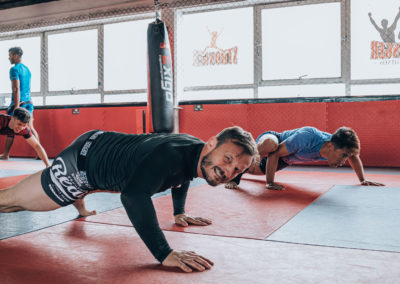 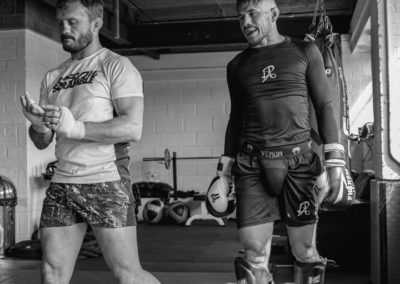 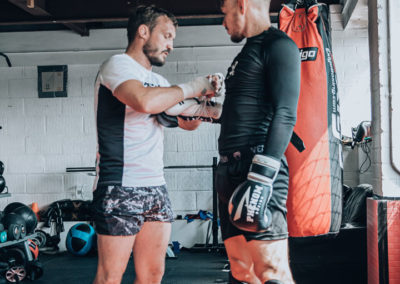 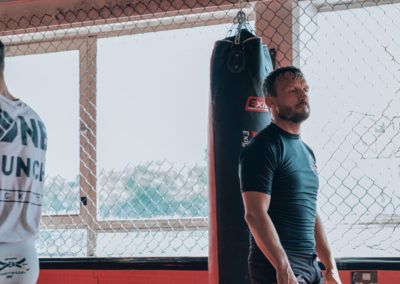