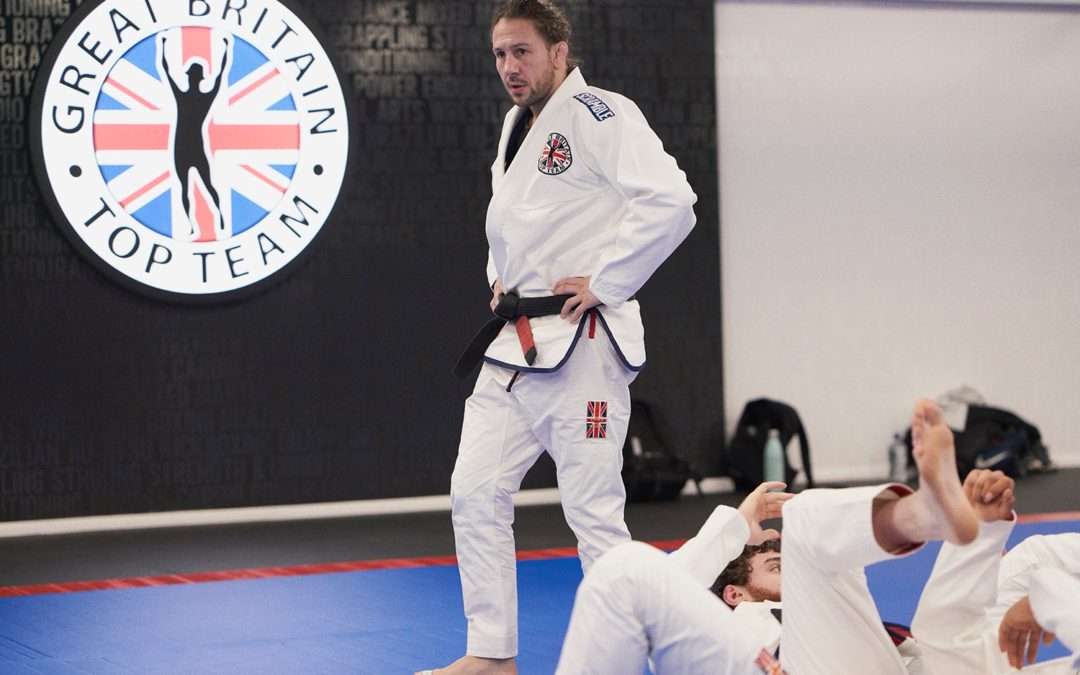 Brazilian Jiu-Jitsu is a martial art that specialises in grappling and submitting your opponent.
BJJ has a fascinating history that is well documented, but the idea was to use an ancient Japanese martial art, Jiu Jitsu, and update it for the 20th century. This is rightly attached to the Gracie family in Brazil, following a visit from the Japanese Judoka, Mitsuyo Maeda, while the First World War was raging in Europe.

BJJ is built around two important ideas – One, that most fights end up on the floor and two, that you will not always be the bigger fighter. The main focus is therefore for smaller people to be able to fight a larger opponent in disadvantageous positions and still win the fight.
This is done by using your opponent’s leverage against them, by using techniques that will allow a combatant to lock joints, or stop them being able to continue. In sport, once the lock is in position, a fighter will “tap” their opponent to signify giving up. This is intended to stop serious injury and allow training to continue.

BJJ is absolutely integral to MMA. Indeed, the Ultimate Fighting Championship (UFC) was started as a showcase for BJJ. Anyone watching UFC 1 in 1993 (started by, amongst others, Rorian Gracie), was baffled to see a 190lb man destroy his much bigger and more violent opponents. This man was Royce Gracie, now perhaps the most well-known name in BJJ. Gracie Jiu Jitsu academies now exist all over the world, as do many other permutations of BJJ.

Some versions allow some level of striking to go along with the grappling, some are focused on submissions only as they way to win. The most obvious split is between the more traditional and “pure” BJJ where a Gi is worn, and “No Gi” Jiu-Jitsu, where training is often in more practical, modern sportswear.

GBTT offers classes in both disciplines. BJJ is often referred to as “The Gentle Art” with its emphasis on being able to control and defeat an opponent without necessarily hurting them. All MMA fighters need a solid BJJ game to be able to compete at any level, but many people practise BJJ without any other martial art. It is superb for cardio, flexibility and using your brain as a tool.

BJJ has been called “Human Chess” and while it can take a little while to understand at first, it is highly addictive. BJJ suits everyone, from small children to more senior people that are perhaps less keen on the more combative martial arts.

So now that you know a little more about Brazilian Jiu Jitsu, why not give it a go? We offer classes for all levels and abilities – Just pop by on any weekday evening. Our BJJ Classes are taught by our professional pro fighters and coaches. Along with the moves and throws, we also teach discipline and patience, whilst ensuring that classes are fun and engaging.

You can try our BJJ classes for free as part of our week-long trial. Click here to sign up.