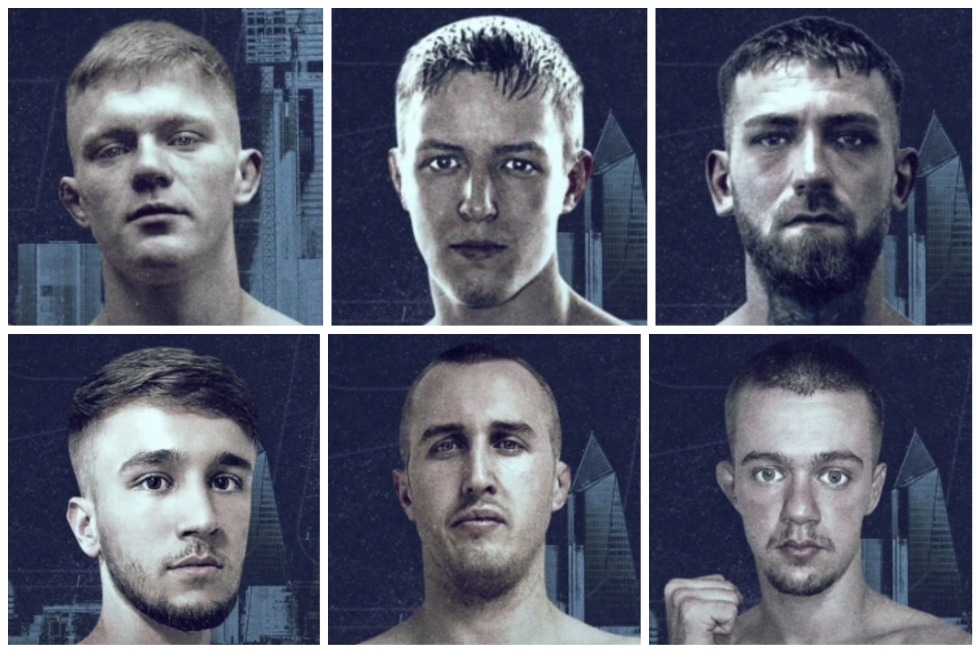 Great Britain Top Team’s Jam-packed July rolls into Crystal Palace’s National Sports Centre for FightStar Championship 22 There are 5 title fights, two of them involving GBTT fighters, and judging by the work that each of these men has put into their fight camps, it is showing all the potential of being a very good night at the office!

So let’s introduce you to our six, first up is Samuel Welch (4-3 Amateur Record) will be taking on Sufyaan Dawood Ashique (4-3 Amateur Record) in the Flyweight division. Both men are looking to get back into the win column which makes this match-up even more interesting. Sam has been working hard and it shows, he is looking sharp and is raring to go!

Next up, in the Welterweight division is Mihai “The Prodigy’ Balint (3-2 Amateur Record) taking on Menilek ‘Mini Techane (2-0 Amateur Record) The Prodigy is looking to bounce back and has been putting in double duty in the gym, almost becoming part of the furniture in the process.  ‘Mini’ Menilek is not an easy fight and is undefeated so far in his career. Do not sleep on this one, it is going to be a firefight!

Next in the Featherweight Division is Connor ‘The Paradox’ Patterson (4-0 Amateur Record) taking on Stephon Earle (1-0 Amateur Record)  Patterson last stepped into the cage against Paddy Coyle (1-4) making short work with precision grappling and submitting with a very deep rear-naked choke in the first round. Stephon won his debut against Garon Shemar (2-1 Amateur Record) so will be confident he can solve The Paradox in front of him (Get it…. listen there are physics boffs who are rolling around laughing right now!)

Staying with the Featherweights, Bane ‘Does Dis’ Dundavan (4-4 Pro Record) is taking on Harry ‘There is only One’ Davies (5-3 Pro Record) This will be Bane’s first fight since 2019, and from what we have all been witnessing in the gym, it certainly doesn’t show. ‘Does Dis’ is a nickname that needs an ‘everywhere’ inserted into it because he is as scary on the ground as he is on the feet! Harry is coming off a couple of losses but again is not a fighter to underestimate.

Now to the title fights, for the FSC Featherweight Strap,  GBTT’s own Callum Haughian (6-3 Amateur Record) taking on Stiven Shehu (3-2 Amateur Record) Both fighters have impressed enough to earn the right to fight for the title. Callum has lost just once in his last 5 outings, with the triangle choke being his favorite weapon of choice! Stiven has dropped two in his last 5 and all of his wins have come via decision. On Paper the money is on Haughian for a finish, but this is a title fight and anything can happen!

Last and by no means least we wrap things up with a battle for the FSC Flyweight Title. Vadimas ‘Molotov’ Gaizutis (6-2 Amateur Record) going up against Sabir Hussain (3-0 Amateur Record) Sabir is undefeated in his career so far and impressed with a unanimous decision victory over Dawood Javed (4-3 Amateur record) with crisp striking, but its safe to say that Gaizutis is by far his toughest opponent. Vadimas is an incredibly enigmatic striker with a grappling style that has become the signature of many GBTT fighters. He is as deadly standing as he is on the ground. Sabir is a very worthy opponent, but you know we will be rooting for ‘Molotov’

So now you know! Tickets are still available via FightStar Directly, however, to help out the fighters, buying a ticket from them is always preferred. just click on any of the fighters’ names and drop them a message, Act quickly before it’s too late!