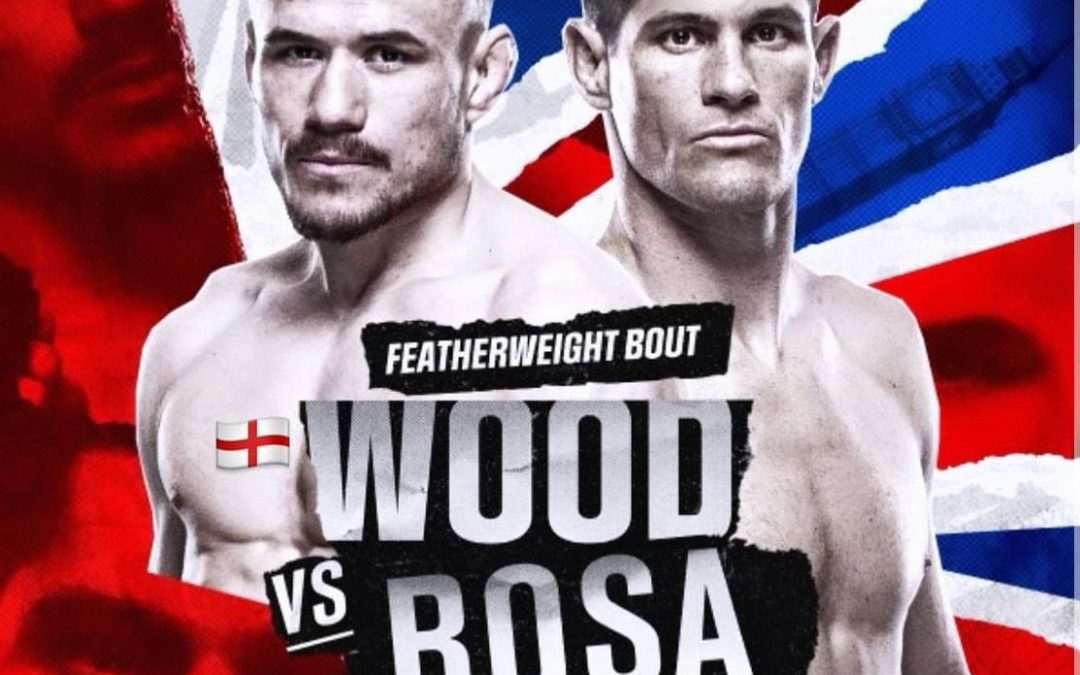 The long awaited return of ‘The Prospect’ (17-5) has finally been signed for the UFC’s eagerly awaited Fight Night at the O2 Arena, London on July 23rd.

It’s all too familiar territory for Nathaniel Wood, who had been booked to compete on the UFC London card on March 19. In the lead-up to that fight, Wood saw an opponent change after Liudvik Sholinian was forced off the card due to events in Ukraine.

While a new opponent was found, replacement Vince Morales was also forced to withdraw from the event, due to illness. That left Wood without a fight, without enough time to secure another replacement.

Rosa (14-7) will be looking to bounce back from a 2 fight losing streak when he makes the trip to London this July. The Massachusetts based fighter known as “Boston Strong” has lost bouts to T.J. Brown and Damon Jackson, and is 2-3 in his last five. You know who we have our money on, but rest assured preperation is well underway and The Prospect is determined to put on a show in front of a home crowd!

Nathanial will be fighting alongside other UK MMA favorites, which includes team mate Marc Diakiese (15-5) who will be fighting Damir Hadžović (14-6) This card is looking like another contender for fight of the year with March 19th’s already easily in the top 3.

Full Fight Card for UFC London (as it stands)