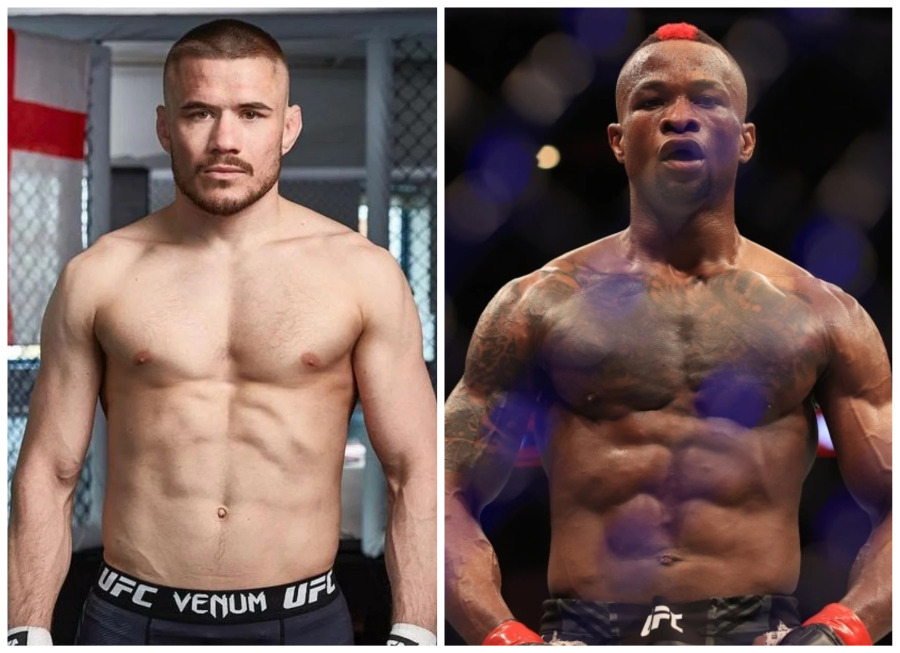 So here we are, less than 24 hours from the UFC’s return to the big smoke! and with it, drawing an end to a monumental month here at GBTT. If Nathanial ‘The Prospect’ Wood and Marc ‘Bonecrusher’ Diakiese have anything to do with it, they are going to bring down the house when they step out in front of a jam-packed O2 Arena and put on the performances of their respective careers!

Marc ‘Bonecrusher’ Diakiese (15-5) is taking on fellow lightweight Dimir Hadžović (14-6) who had an impressive decision win over Yancy Medieros at UFC Fight Night last June. Diakiese is coming off a dominant decision win of his own against Viacheslav Borshchev which saw Bonecrusher show off his wrestling pedigree with 11 takedowns and over 12 minutes of control time. It made a statement to everyone watching that he is not just a dynamic striker. Slava Claus was unbeaten at that stage with a ton of hype, which made Bonecrusher’s dominance all the more impressive!

So I guess the question is which version are we going to see on July 23rd? The dynamic striker? The dominant wrestler? or a mixture of both?

The truth is Diakiese has dedicated himself to his craft, he is often the last man out the door and all that hard work is going to pay off on Saturday night! The legend is if you hear great music blasting, Bonecrusher is getting in the work! We can not wait to see him perform on UK soil in front of a sellout crowd! This has all the ingredients of being a fight-of-the-night contender!

It’s safe to say that this is going to be a memorable night for all the UK fighters on the card, but when you walk out in front of a packed UK crowd in your hometown, it’s just that little bit sweeter! Nathaniel ‘The Prospect’ Wood is set to take on  ‘Boston Strong’ Charles Rosa (14-7)  and I don’t think we can express how good it is to have him back in the Octagon! Some WOOD say its London Calling (buddum psshhhh)

This will be the first time Nathaniel has stepped into the cage in 21 months, but The Prospect has been very philosophical about the whole experience, allowing injuries to heal, sharpening skills, and in the process deciding to make the step up to featherweight, something that he feels has left him feeling all the better for it.

Rosa is a tough fighter who has quite a history with Brad and many of the coaches at GBTT having worked with him over at American Top Team. It can sometimes be hard preparing yourself to fight someone you have a history with, but if anything it has made the Londoner even more determined to get the victory, which would draw an end to the setbacks earlier in the year and cement his position as a featherweight contender!

UFC Fight Night London is an absolute sell-out, but you can watch all the action on BT Sport