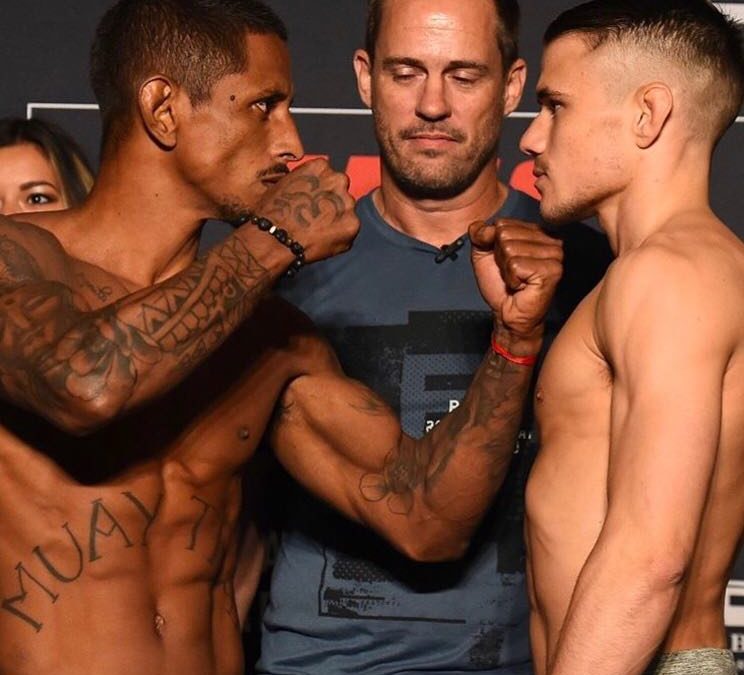 Nathaniel “The Prospect” Wood was to compete in his third UFC fight against Jose Alberto “El Teco” Quinonez, the weigh in was full of tension and nerves. The two MMA fighters are in UFC’s bantamweight division (a fighter is assigned to a certain division depending on their weight), the range for the bantamweight division is between 126–135 lb (61.3 kg) and 145 lb (65.8 kg).

The weigh in also saw the two competitors come face to face, you could cut the tension with a knife. As the The Prospect and El Teco had split second stare down, it was obvious that this fight meant a lot to both of them. Wood had not lost a UFC fight to date and he was determined to make this fight yet another success.

The fight began and the rest is now history…
Nathaniel Wood won via submission in round 2, reflecting afterwards he admitted the event was “everything and more” than what he had dreamt of. Wood has his next UFC fight coming up on 15th February 2020 which he has been training hard for so that he can bring his A game and achieve a victory yet again.