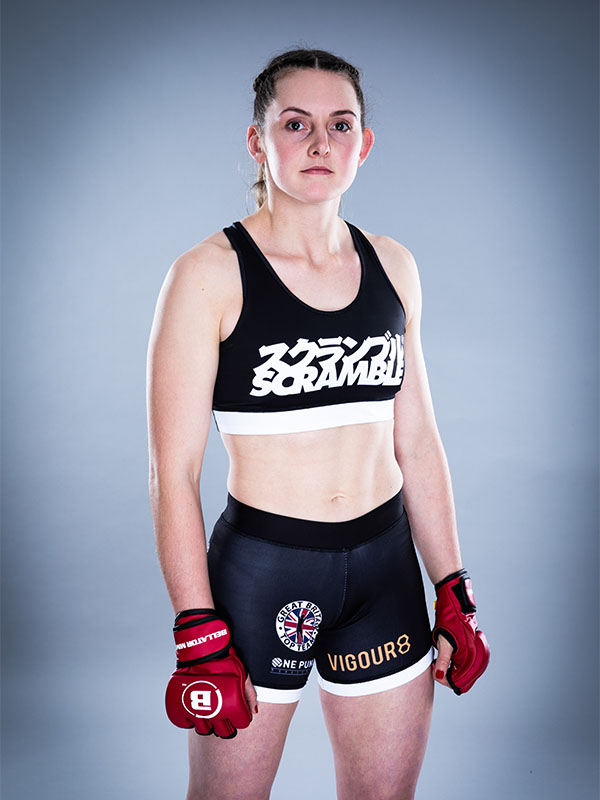 Charlotte McIntyre is a professional MMA fighter, with an unbeaten amateur and professional record. She is currently ranked 12th out of 146 active UK/Ireland Pro fighters. She fights at 135 and 145lbs.

Having moved back to the UK from NZ in 2015, Charlotte picked up martial arts at a local gym for fitness and then 9 weeks later had her first MMA fight, winning by RNC.

McIntyre was the Cage Warriors Academy South East Bantam and Featherweight Champion before turning pro on Bellator MMA in November 2019, winning via TKO.

McIntyre started training at a fitness club on October 2015 where she started taking coaching lesson. After taking one boxing personal training class and a couple of Jiu-jitsu classes she was advised to take up MMA.

Charlotte would say that her biggest achievement to date is her current female featherwight title.

Mcintyre is currently trained by former UFC fighter Brad Pickett and the 25 year old is the current featherweight and bantamweight Cage Warriors amateur champion. McIntyre’s last fight was nearly two years ago and she has an amateur record of five wins and no losses. 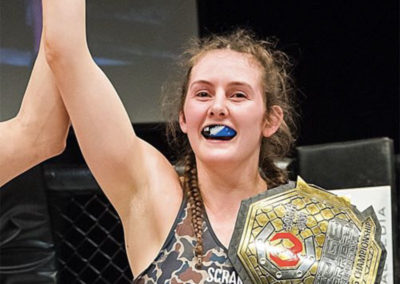 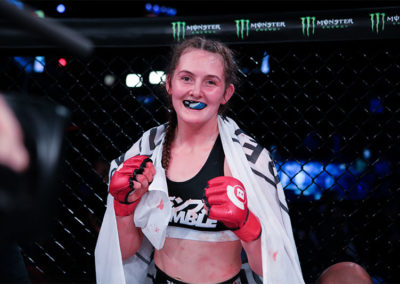 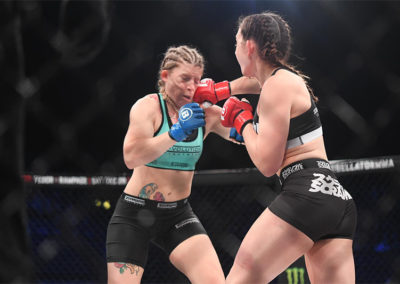 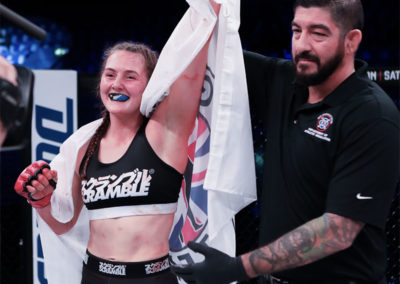 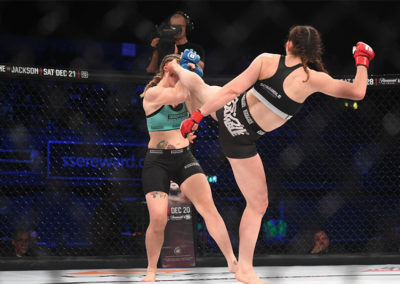