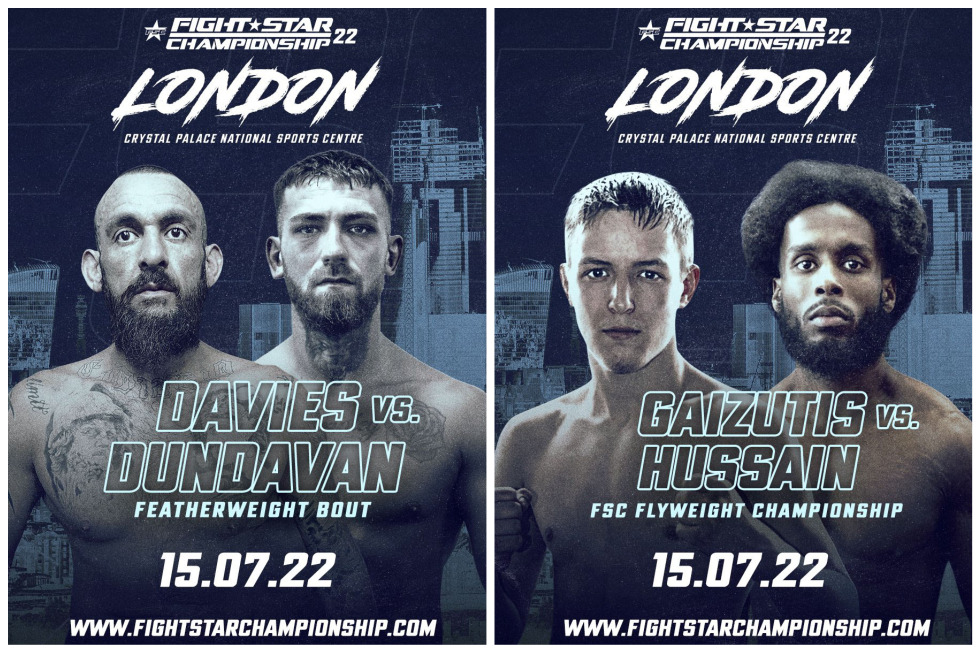 Two of GBTT’s biggest personalities Vadimas “Molotov” Gaizutis (6-2-0) and Bane “Does Dis” Dundavan (4-4-0) are well into their respective fight camps for the upcoming FightStar Championship 22 which goes down on July 15th at the legendary Crystal Palace National Sports Centre.

“Molotov” will be taking on Sabir Hussain (3-0-0) for the vacant FightStar Championship Amateur Flyweight Title. Sabir is undefeated and put on quite a show at FightStar Championship 21 against Dawood Javid (4-3-0). Vadimas is coming off a very impressive round 1 submission against Rienel Bronilla (2-4-1), not to mention capturing the Cage Warriors South East Flyweight Championship against David Laker (0-6-0). Safe to say this fight is going to be fireworks from the start!

The long-awaited return of “Does Dis” sees him face off against Harry “There is only one” Davies (5-3-0), who is coming off two losses but definitely is not being overlooked. Bane is coming off two impressive wins against Stuart Eskine (0-2-0) via ground & pound and Tom Briggs (1-11-0) via a Von Flue choke.

We can not wait to see both of them in action and we would love to see you there. You can get tickets direct by messaging Vadimas Instagram here, and Bane’s here

We are also egerly awaiting official fight announcements for GBTT fighters Connor Patterson (2-0-0) Kadeem Perkins (4-2-0) and Callum Haughian (6-3-0) The moment we hear anything, we will let you be the first to know!