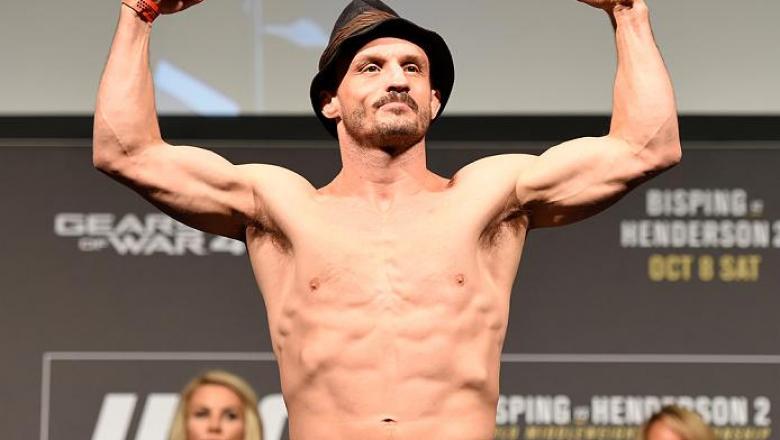 Our head trainer here at GBTT, Brad “One Punch” Pickett has had a rollercoaster of an MMA career. From becoming a Cage Rage British Featherweight Champion, competing as a bantamweight in UFC for over a decade, or even winning his debut in bareknuckle fighting. It would be an understatement to say that Pickett is a significant pioneer of British MMA fighting and an unforgettable inspiration to many. Therefore in honour of Pickett’s legendary career we will reflect on some of his most remarkable fights.

One Punch had become a top British MMA fighter by 2005 where he won the Cage Rage British Featherweight Championship against Ozzy Haluk. He beat Haluk with a TKO (Technical Knockout) via flying stomp and went on to defend his title the next year which he successfully did. Pickett’s extraordinary fighting abilities were not going unnoticed and Pickett had a very sleek and effortless fighting style and was to go on to make a very successful career.

On the 29th of September 2012 Pickett competed against Yves Jabouin, in UFC on Fuel TV: Struve vs. Miocic in the UK. This legendary fight saw Jabouin get knocked out by Pickett with a lethal upper-cut that landed him on the floor. Pickett won in only the first round, by honing his amazing skill and confidence as a fighter. This did not only result in a K.O and win for Pickett but also a Knockout of the Night.

Over the weekend of March 20th 2019, Pickett competed in his debut bare knuckle fight, against Mark Hadley, a bantamweight MMA fighter. Pickett won the fight in great style, taking out Hadley in one clean bare-knuckled shot! Adhering to his nickname, One Punch seems to have found a new home in bare knuckle fighting.

Brad Pickett is now head trainer here at BGTT, he plans to focus on training fresh talent and inspiring students with his passion and expertise for MMA fighting.